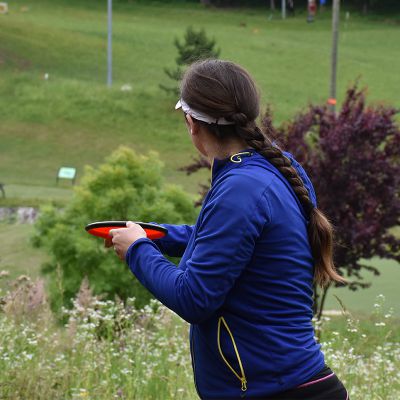 Our tour will be played on three courses with different characteristics, so the players whose desire is to win the title will have to demonstrate all techniques of disc golf – a game on short and longer holes, a game on the flat and leveled terrain and a game on the open and in the woods.

We believe that courses designed for Stray Disc Tour really are true test for disc golfers and that success in this competition will become a matter of prestige and proof of the player's set of skills. Layout will, in the most, be similar to that what was played in 2019 (you can download 2019 PDF course maps from this page), but the final maps will be published in June 2020.

The first tournament of the tour will be Heat of Forester played in the city of Varazdin, at the site where Drava Forester tournament was already played eight times in early November and EuroTour 2020 event Spring Forester will be held. The terrain for this course is partially in a protected park forest and partially along the bank of the Drava river so it gives player the enjoyment of the disc golfing by the river, but also in the thick forest shade. The length of the holes ranges from 70m to 170m, and the big arm players do get a chance on few holes to show off their distances.

The second event is Jupiter's Shade and it was not played in 2017 and 2018 Tour as the course was damaged in a summer storm and not ready for competitions. As the Tour returned to this course in 2019 we expect to improve the layout a bit for 2020. This area is almost completely in the forest and offers a lot of elevation changes.

The third tournament and the final event of the tour will be the second edition of Spa Hills. This is the location where European disc golf championships 2018 was held (check out SpinTV coverage) and a new layout will be designed for it combining some EDGC holes with the past Spa Hills layout. This course will combine long and short holes on the wide open and narrow forest fairways, but also give players a chance to try roller throws on the perfectly trimmed fairways.

Final layout for each course will be ready in June 2020.

Tour locations can be found at a GoogleMap (will be updated with other sites).